9 Foods You Should Never Attempt to Eat 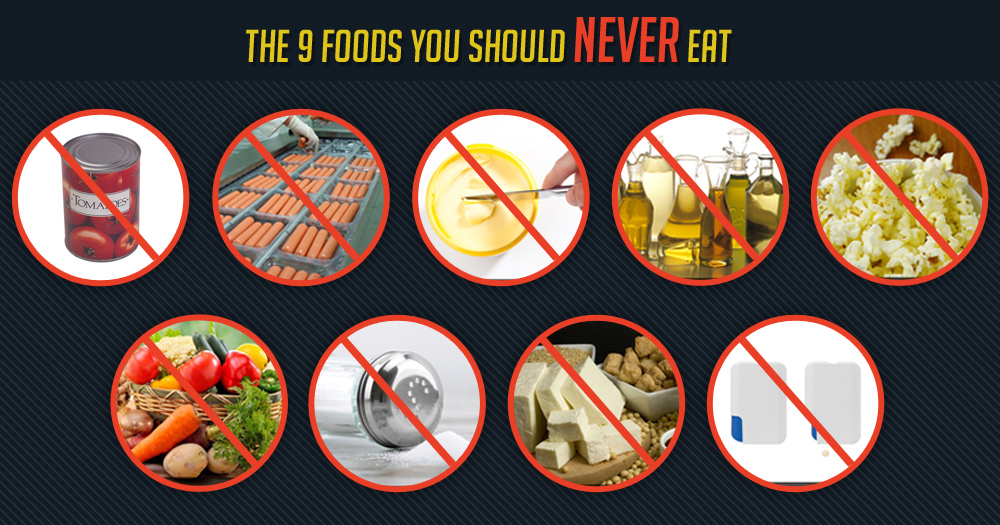 Many foods have been heavily promoted as being healthy when they are nothing more than pernicious junk foods. In the featured article, Clean Plates1 founder Jared Koch shared his list of nine staple foods that are far less “good for you” than you’ve been led to believe.Here, I expand on the selections that are mentioned in the featured article.

Many leading brands of canned foods contain BPA — a toxic chemical linked to reproductive abnormalities, neurological effects, heightened risk of breast and prostate cancers, diabetes, heart disease and other serious health problems. According to Consumer Reports’ testing, just a couple of servings of canned food can exceed the safety limits for daily BPA exposure for children.High acidity — a prominent characteristic of tomatoes – causes BPA to leach into your food. To avoid this hazardous chemical, avoid canned foods entirely and stick to fresh fruits and vegetables, or switch over to brands that use glass containers instead—especially for acidic foods like tomatoes.

As Koch warns, processed deli meats like salami, ham, and roast beef are typically made with meats from animals raised in confined animal feeding operations (CAFOs).This means they’re given growth hormones, antibiotics and other veterinary drugs, and raised in deplorable conditions that promote disease, these meats are also filled with sodium nitrite (a commonly used preservative and antimicrobial agent that also adds color and flavor) and other chemical flavorings and dyes.Nitrites can be converted into nitrosamines in your body, which are potent cancer-causing chemicals. Research has linked nitrites to higher rates of colorectal, stomach and pancreatic cancer. But that’s not all. Most processed deli meats also contain other cancer-promoting chemicals that are created during cooking… Lees meer here

Bron: 9 Foods You Should Never Attempt to Eat